Lent is such a good time of God’s grace. St. Therese of Lisieux expresses this well in this stanza:

Living on Love is keeping within oneself

A great treasure in an earthen vase.

My Beloved, my weakness is extreme.

Ah, I’m far from being an angel from heaven!…

But if I fall with each passing hour,

You come to my aid, lifting me up.

At each moment you give me your grace:

I live on Love.

Isn’t this just what we are all doing?!?! Keep on living on love faithful readers! 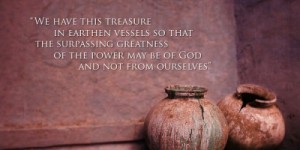 Next to Mary St. Joseph is the second greatest saint. He is a saint we can imitate. Through our devotion to this great saint we can renew our desires to be faithful. What was St. Joseph like? What is there to imitate?

St. Joseph, according to what we know of him in Scripture, never said anything. He is a man of great silence. Instead we see him simply doing the Lord’s commands. The angel told him to take Mary as his wife and to not be afraid. This is what this just man did. He loved Mary and was self-sacrificing and generous.

He was also obedient. In Matthew’s Gospel we are told that “when Joseph woke from sleep, he did as the angel of the Lord commanded him” and took Mary as his wife. Joseph was also obedient to the commands of the legitimate secular authorities. Luke chapter 2 says, “ That a decree went out from Caesar Augustus that all the world should be enrolled.” “And Joseph also went up from Galilee… to Judea, to the city of David… to be enrolled with Mary.” He was also familiar with poor and lowly conditions as he witnessed the birth of Jesus that took place in Bethlehem where Mary “gave birth to her first-born son and wrapped him in swaddling cloths, and laid him in a manger because there was no place for them in the inn.” (Luke 2: 1-7)

St. Joseph spoke the holy name of Jesus. Luke 2:21 tells us that at his circumcision, “ he was called Jesus, the name given by the angel before he was conceived”. By doing this St. Joseph proclaimed the mission of his foster son as Savior! Jesus will save us from our sins. We too can speak His name like St. Joseph remembering that “there is no salvation through anyone else, nor is there any other name under heaven given to the human race by which we are to be saved”. (Acts 4:12)

Like St. Joseph and Mary we can marvel at what was said about Jesus and at what He says when we read the sacred scriptures and hear Him preached. St. Joseph, along with Mary, most certainly did this. When they took the infant Jesus up to the Temple, Simeon referred to the child as the salvation which God had “prepared in the presence of all peoples, a light for revelation to the Gentiles and for the glory of the people of Israel”. (Luke 2:31-32) The child was also to be a “sign that is spoken against.” (verse 34)  It is God’s will that all be saved and have access to the Father through His son, Jesus Christ, and to become sharers in the Divine nature. It is at this moment that St. Joseph was reminded of his mission to be the first guardian of this mystery. Later when Jesus was twelve years old and “ supposing him to be in their company… they sought him.” (Lk 2: 43-44) Then after much searching they found him in the temple. Mary speaks. Again Joseph is silent. “Your father and I have been looking for you anxiously.” (verse 48)  Mary’s concern is for St. Joseph. Jesus reminds St. Joseph once again, as he contemplates the situation, that he is the guardian of that mystery foretold by Simeon – that Jesus is to save people and to be that “light to the Gentiles” – when Jesus replies that he “must be in my Father’s house.” We too, like St. Joseph, are guardians of this Divine mystery.

St. Joseph was the head of the Holy Family, and it was his job to protect his family by fleeing from dangerous situations. When Herod was searching for the child to destroy him, St. Joseph rose and took the infant Jesus and his mother to Egypt. As a father it was St. Joseph’s mission to protect, lead and head the family. Later when things had calmed down with Herod, he took the child and his mother back to Nazareth.  “The child grew and become strong, filled with wisdom: and the favor of God was upon him.” (Luke 2: 40) During these hidden years the whole family lived the hidden human virtues we are all called to live. Simple, humble virtues like: work, religion, family life and activities. These virtues are ways to sanctify our daily lives. There is nothing great here, just ordinary things done daily and lived authentically. St. Joseph can help us with his intercession to live our ordinary family days with devotion and growth in the human virtues, especially the virtue of work.

We can imitate St. Joseph and renew our desires to be faithful. We can strive to be obedient, generous and self-sacrificing. We can be devoted to our family by protecting them and growing daily in the human virtues. We can be silent and marvel at all that Jesus has said and done and is still doing for the salvation of souls. Finally we can guard the mission of Jesus by proclaiming his holy name and praying for the salvation of souls.

How can one remain in the presence of God? For St. Teresa the Lord can and is to be seen, one just needs to attend to his presence. She would see him “with the eyes of the soul” (Life, Chap 7: 6) So should we since he really is present to us and sees everything and he “never takes his eyes off” of us. He truly is with us. Here is more of what St. Teresa has to say:

“I’m not asking you now that you think about Him, or that you draw out a lot of concepts or make long and subtle reflections with your intellect. I’m not asking you to do anything more than to look at Him. For who can keep you from turning the eyes of your soul toward this Lord, even if you do so just for a moment if you can’t do more? You can look at very ugly things; won’t you be able to look at the most beautiful thing imaginable? Well now, daughters, Your Spouse never takes His eyes off you. He has suffered your committing a thousand ugly offensives and abominations against Him, and this suffering wasn’t enough for Him to cease looking at you. Is it too much to ask you to turn your eyes from these exterior things in order to look at Him sometimes? Behold, He is not waiting for anything else, as He says to the bride, than that we look at Him. In the measure you desire Him, you will find Him. He so esteems our turning to look at Him that no diligence will be lacking on His part’” (Way of Perfection 26: 3)

During any time of prayer we often let that time pass or be lost instead of recollecting them on God, so ask Him to not abandon you during your time of prayer.

Additionally even while occupied physically with others and other occupations one can make brief pauses and interiorly keep recollected with the heart centered and attentive on God. When employed with things like our daily duties, not all our faculties and senses have to be taken up with the task at hand, so let the others be occupied with God. (The Sayings of Light and Love, #117) We can do our daily duties and tasks in such a way that we keep loving attentiveness towards God and His presence. For St. John of the Cross counsels us to “endeavor to remain always in the presence of God, either real, imaginative, or unitive insofar as is permitted by your works.” (Degrees of Perfection)

March is the month dedicated to St. Joseph. The Carmelite Sisters here have a good article on St. Joseph and HOPE.

via How to Set Up a Sacred Space (Video) — SpiritualDirection.com / Catholic Spiritual Direction