St. Therese of Lisieux was born on January 2, 1873 in Alencon, Normandy. She was the youngest of eight children born to Louis Martin and Zelie Guerin. Of the eight children, three died, and the surviving five girls all became religious. After Zelie’s death, when St. Therese was four years old, the family moved to Lisieux. St. Therese entered the Carmelite monastery of Lisieux at the age of fifteen. She died on September 30, 1897, at the young age of twenty-four.

St. Therese, of course, is most famous for her autobiography, Story of a Soul. In this story she describes her famous “little way” of spiritual childhood –a way of trust and surrender. It is well know how she would do “little” things with great love and how this is proposed to us to imitate.

What is little known or spoken of are the ways she would practice mortification. She never had any attraction to perform great acts of penance. She felt she was too cowardly. Her serious and mortified life consisted “in breaking my will always so ready to impose itself on others, in holding back a reply, in rendering little services without any recognition, in not leaning my back against a support when seated, etc.”

St. Therese made it a habit of always acting in a way opposite of the way she was feeling. There was s Sister in the community that she found quite displeasing to her in everything. She writes, “Each time I met her I prayed to God for her, offering Him all her virtues and merits, I felt this was pleasing to Jesus …and when I was tempted to answer her back in a disagreeable manner, I was content with giving her my most friendly smile, and changing the subject of the conversation.”

This saintly woman would resist the urge to give self-defense, to judge others, and to make claims to ‘her rights’. She would give what others asked of her and allowed others to take what belonged to her without asking for it back. These mortifications are heroic and are at the disposal for all of us to practice in our daily lives as well.

“I told myself that charity must not consist in feelings but in works.”

“And it isn’t enough to love; we must prove it.”

(Story of a Soul, ICS Publications)

Dan Burke has a great post today over on Catholic Spiritual Direction on how to pray a Clausular Rosary. You can see it here. 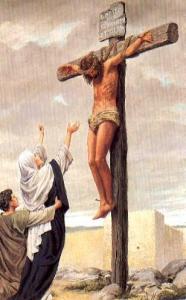